Madagascar farmers are being inspired to plant trees

Positive.News – Vanilla has brought prosperity to farmers in Madagascar – but often at the cost of its forests. Now, rewilding efforts and an unobtrusive gecko are restoring woodland and helping vanilla plants to thrive

On a sweltering day on a family farm in north-eastern Madagascar, a gold dust day gecko creeps carefully along a thin vanilla vine, stalking its prey. The microscopic hairs on the gecko’s bulbous toes help it to climb vertically.

With its yellowish-green skin and rusty bars on the lower back, the gold dust day gecko is a common sight in Madagascar. This particular one is after a much-dreaded bug called voampangetotra – Malagasy for “farting insect” – whose toxic gas secretions destroy the flowering vanilla orchids.

This is the first time that ecologist Thio Rosin Fulgence has witnessed such feeding behaviour. “Vanilla farmers told me this species of gecko served as a natural pest control, but I didn’t know if it was true,” he says with excitement. “Seeing it chase the bug is what got me interested in investigating whether this is common or just opportunistic.

Fulgence’s minute attention to the gecko’s eating habits is part of his research. Together with colleagues from the Diversity Turn in Land Use Science project, a collaboration between the University of Antananarivo in Madagascar and the University of Göttingen in Germany, Fulgence is aiming to find out whether reptiles and amphibians benefit vanilla plantations by keeping insect pests in check.

But the gecko could bring other benefits, too. By offering vanilla farmers a helping hand, the day gecko could in turn help to protect Madagascar’s dwindling forests. Fulgence – who is creating the first database of reptiles and amphibians found on vanilla plantations – counted 214 gold dust day geckos on forested vanilla plantations, compared to just 18 on vines planted on open farmland. His team also observed 16 species of reptile and amphibian that could not be identified, some of which may be completely new to science.

By planting trees for shade, farmers could attract reptiles to prey on the insects that wreak havoc on their plantations. “That’s why we are encouraging farmers to plant vanilla outside forests and, as vanilla needs shade to grow, to reforest these areas. The trees will provide the necessary shade and increase the forest cover, and in turn, increase biodiversity,” he explains. 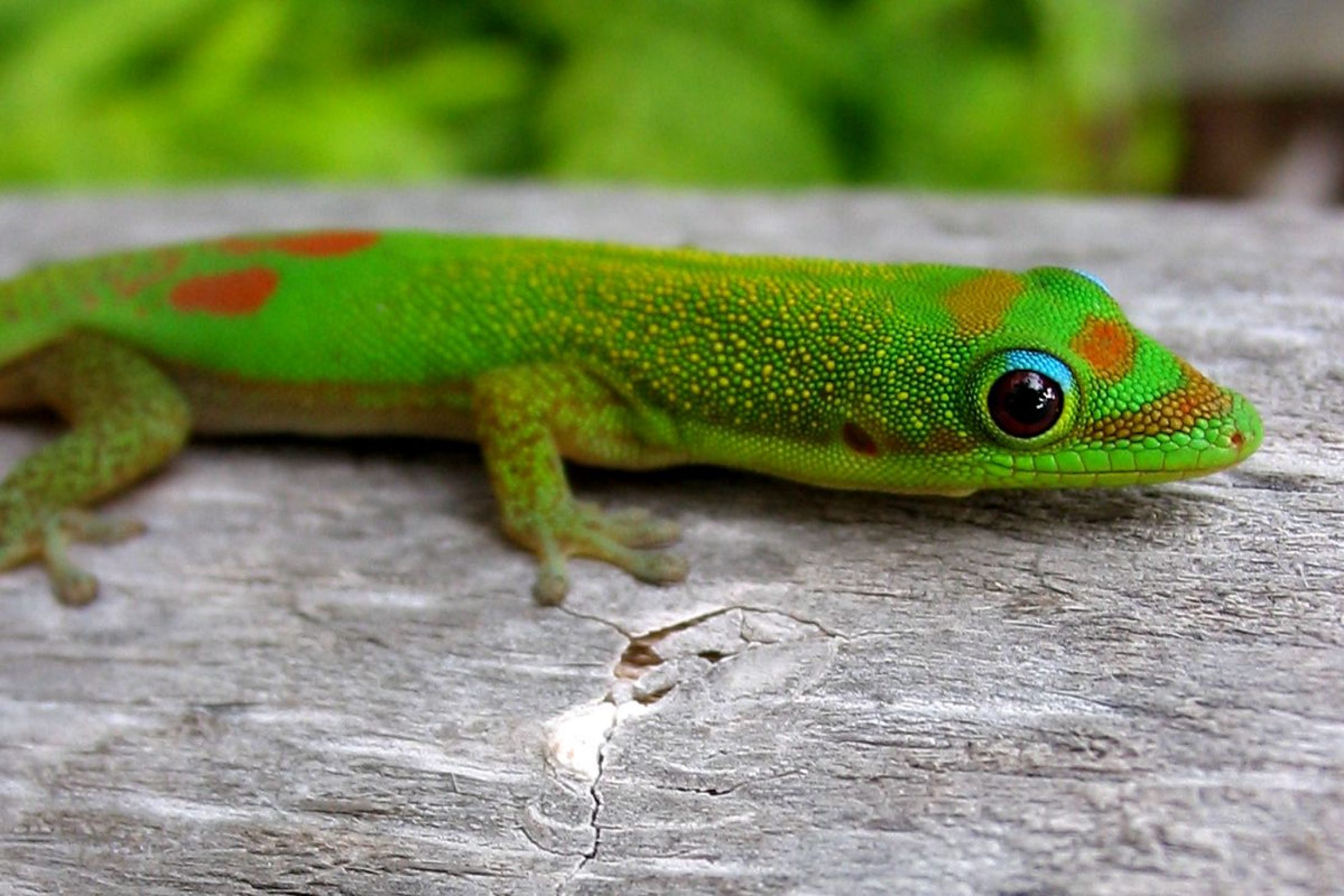 The relationship between vanilla farmers and forests in Madagascar is a tricky one. Madagascar has faced years of deforestation, first due to rosewood trafficking and then to make way for rice fields. The island nation lost about one-fifth of its tree cover between 2001 and 2018, according to Global Forest Watch, which uses satellite imagery to detect deforestation. A mere 7.4 per cent of the remaining tree cover is made up of intact forest habitats, the majority being protected areas in the Sava region in the north-east.

Meanwhile, a recent surge in vanilla prices has brought prosperity to a country that often ranks among the world’s poorest. Madagascar produces around 80 per cent of the global supply, and increasing demand from the food and fragrance industries has made the sweet spice more valuable than silver. Prices for dried vanilla pods soared to $635 (£514) per kilo in August 2017, when a powerful cyclone, along with drought and crop theft, reduced a sizable amount of the seasonal harvest.

Farming vanilla is no easy feat. It takes around three years for vines to grow large enough to produces pods suitable for harvesting. The delicate vanilla orchids are also prone to pests. And every year, cyclones and heavy rains blow through the humid Sava region and disrupt the work of farmers who have grown vanilla for generations.

Forests are the engine of all sorts of life – most people in this region depend on forest resources. Reforesting the Sava region is a win-win for nature and people

But that hasn’t stopped opportunists looking to get a piece of the action. In the Sava region, the climate and soil are perfect for growing vanilla, and the boom has brought sudden wealth to farmers and street vendors. Bajaj (tuk-tuk) drivers ferry woven sacks filled with beans from farms to factories, while tour guides plant vanilla vines on every spare plot of their family’s land and show foreigners around for a fee.

With money in their pockets, villagers once living in traditional huts made from Ravenala palm leaves and bamboo have built new wooden houses and bought mobile phones, TVs and dirt bikes. Shops selling solar panels, speakers, mattresses and furniture have popped up everywhere to meet the growing demand.

But the vanilla boom has put greater pressure on the country’s forests and bounteous wildlife. With the promise of fortune, farmers are increasingly venturing into protected park lands to plant their vines under the rainforest canopy. In Marojejy National Park, a Unesco World Heritage Site famed for its critically endangered silky sifaka lemur population, forest police and conservationists found three illegal vanilla plantations in 2019, according to the park’s director, Jean André Mboly. 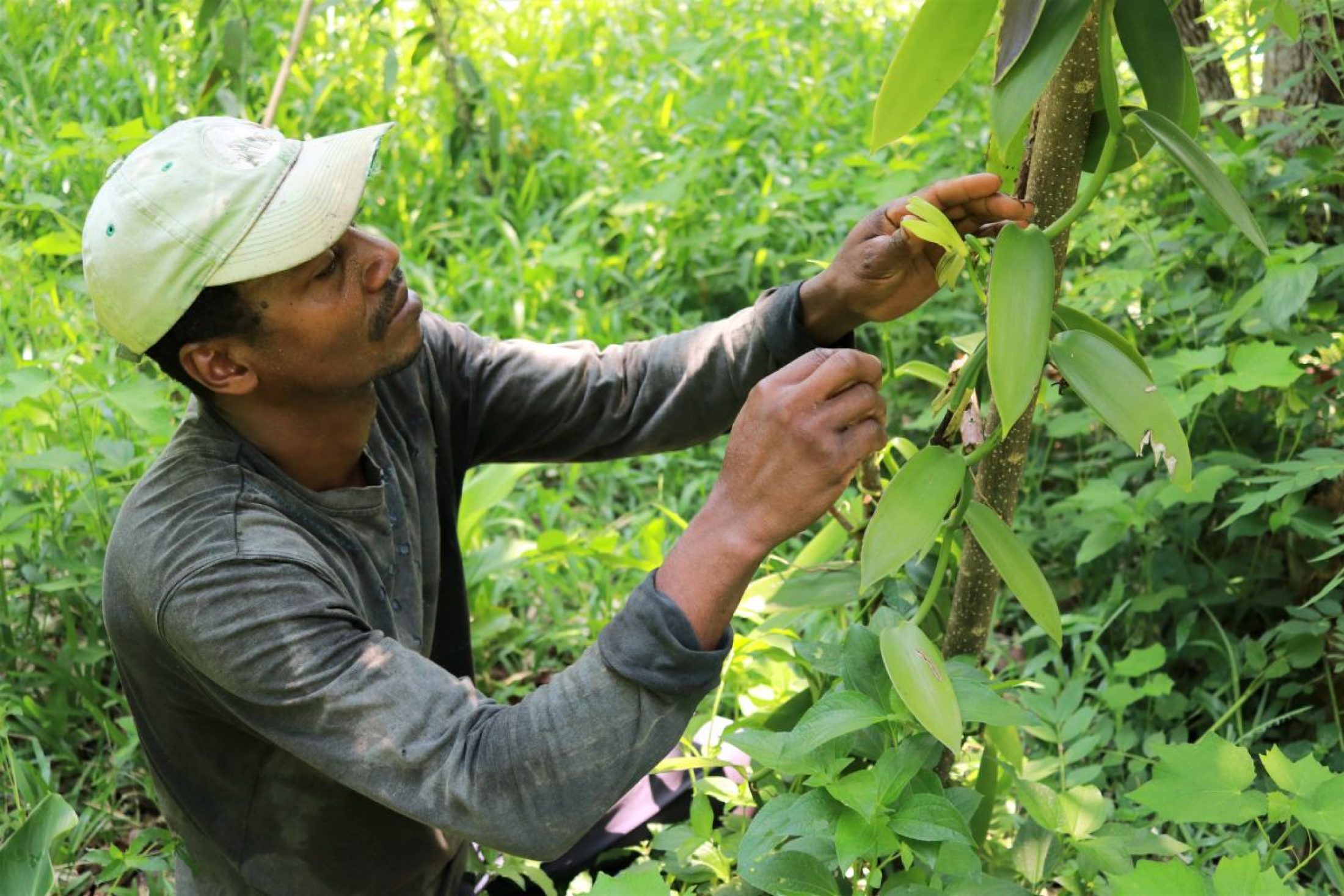 That discovery marked the start of a regular monitoring programme, together with the Lemur Conservation Foundation (LCF), a local organisation. “The greatest threat to the park remains selective logging. With the increasing value of vanilla, the demand for building timber increased, too. There are loggers who enter the park and fell trees to sell planks and rafters,” explains Mboly.

The armed offenders, many of whom used to be involved in rosewood trafficking, tend to operate at night when the park rangers are off duty, he says. Some 100 trees, primarily native hardwoods, have been cut down in 2020 so far.

But the roaring vanilla trade that has brought prosperity to the Malagasy people could benefit the environment, too, according to the ecologist Fulgence. “You can’t tell people not to plant at all, because most people don’t have other means of subsistence,” he says. “What we aim for is a cultivation that protects the environment and yields enough produce for them. We hope to find a balance.” Pest-eating reptiles like the gold dust day gecko could make a strong case for keeping vanilla plantations “wild”. 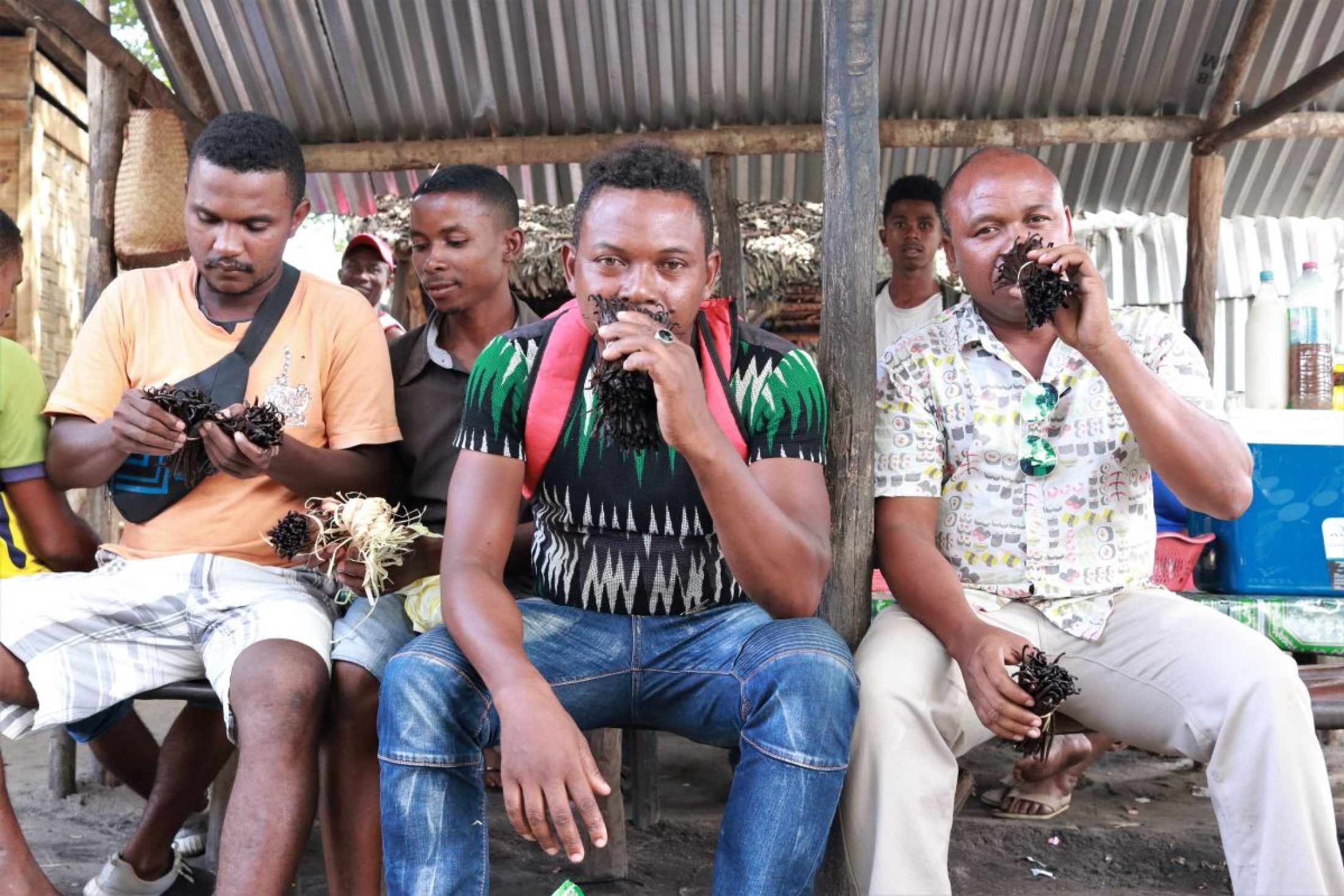 The Kobay lavas buy vanilla from farms and sell it on to large companies for export. Image: Sabrina Weiss

In Mandena, an agricultural village of 3,400 inhabitants that serves as the gateway to Marojejy, reforestation efforts are already under way. Jean Chrys, a 58-year-old forester, has cultivated 3,000 vanilla vines over the past three years in order to afford the school fees for his six children.

One of the illegal plantations found in 2019 was adjacent to his land, which resulted in Chrys being prosecuted (although he maintains he is innocent). He now runs one of the six tree nurseries owned by the LCF in the region. Almost 28,000 trees – including the endangered ebony – have been planted this year across the six sites to transform the plots of land in the village into lush forest. “It’s important to protect our forest. It gives us humidity. There are many lemurs living on my vanilla plantation,” says Chrys.

Fulgence emphasises why it’s important to reforest the Sava region. “Forests are the engine of all sorts of life, as a habitat for animals, a source of food and water, and carbon sinks mitigating global warming. A higher forest cover can reinstate the balance between the people and animals – most people in this region depend on forest resources. Reforesting the Sava region is a win-win for nature and people.