Positive.News – You, a suitcase of ideas, unpack them and discover,” writes Theresa Lola in her poem Pouring Glow. “Write wings into existence in a poem, the words gliding around the page.”

The lines are apt from the 26-year-old poet. She could be speaking to her teenage self, new to writing poetry and inspired by its potential for experimentation. Or she could be speaking to the young Londoners whom she has spent the last 18 months working with as young people’s laureate (a role she will pass on to Cecilia Knapp this week), encouraging them to express themselves with words.

In the role, which was created by writer development agency Spread the Word, Lola has run workshops, residencies and campaigns, all with the aim of supporting aspiring poets. A fitting choice for the position, she began writing poetry herself as a teenager, and says it allowed her to explore her identity during those tricky transition years.

“Identity isn’t always a straightforward thing,” she tells Positive News. “There are so many different components to it and complex ways in which we view ourselves. Poetry can articulate those complexities.”

Identity has additional components for Lola, whose parents moved the family from their home in Nigeria to south London when she was 13. “It was a huge transition and it probably took about three or four years for me to really settle down,” she says. “I was trying to get to know my own identity better, and trying to fit in with this way of life.”

She turned to poetry to express whatever she was feeling. “Whether it was something serious like struggling to fit in or understand the world, or something as trivial as writing about a boy I had a crush on – it was a space to observe the macro and the micro,” she explains.

The duality of her upbringing – childhood in Lagos, formative teenhood and early adult years in London – is echoed throughout her writing. Ball and Bounce, a poem about playing tennis with friends in a south London park, contains the line: “We share the first three letters of our postcode like a password; to unlock a story within us.” 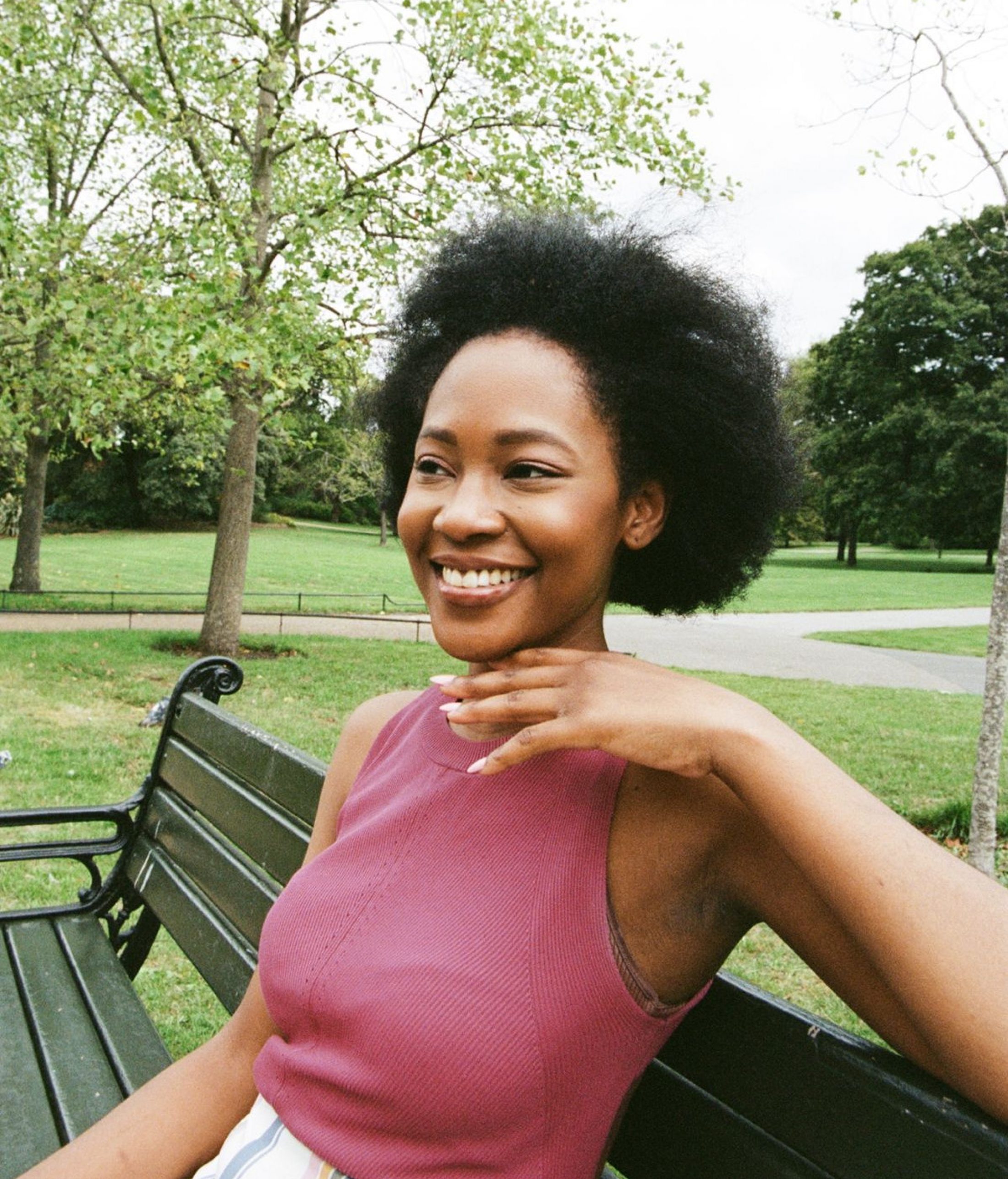 Lean Back As Instructed By Fat Joe is about learning the lyrics to a hip-hop song to fit in at school, while Tailoring Grief is about having clothes measured for her grandfather’s funeral. “It is our culture to celebrate in colour coordination,” she writes. “Imagine if Mary wore a Gele to the funeral of Jesus, tied it so tight she was dizzy.” [For those unfamiliar, a gele is a women’s cotton head scarf, worn in parts of west and south Africa].

Recently, Lola explains, she has been writing about moving from Nigeria to the UK; a gap in time helps her when drawing on past experiences to inspire her work. “There’s a lot I’m discovering about myself that I didn’t realise then.”

Her first collection, In Search of Equilibrium, published in February 2019, contains writing about grief and the death of her grandfather. “I surprised myself,” she says. “I don’t think grief was something I’d ever really thought about before. So when I was writing those poems, there were so many things I was discovering, not just about my relationship with my grandfather but what I thought about life in general and what it means to have lived well.”

The medium is particularly suited to writing about issues that are complex and, at times, conflicting, she reflects. Could this go some way to explaining the recent boom in poetry book sales, particularly among readers under 35? According to Nielsen BookScan, which tracks book publishing, sales of poetry volumes hit £12.3m in 2018, an all-time high, with teenage girls and young women thought to be the biggest consumers of the medium.

For young people of colour, identity is both personal and political

“I think young people are seeing themselves more in poems and poets,” Lola explains. “When I go into schools, young people are [often] shocked when I show them certain poems and say: ‘That’s a poem about your favourite London slang’; they say: ‘Oh my days, that’s so cool’.”

Young poets’ experimentation with other art forms, such as music or film, is also making poetry more popular with younger audiences, as is the ability to self-publish via social media, she believes. “There’s a fearlessness: ‘I define myself as a poet and no one else has to’. They don’t feel excluded.”

Among the most popular workshops she has run, she says, are those in which the students are tasked with writing about their identity. “For young people of colour, identity is both personal and political,” she explains. “In workshops, there’s always this discussion between the way the world perceives you as a person of colour and the way you view yourself.”

It also creates a sense of community, Lola notes. “People naturally start talking about what they’re writing, they want to share about themselves, which is what the poem can do – it gives us room to open up.”

Encouraging young writers to explore and express their mental health through poetry has been another key area of work during her time as young people’s laureate for London. She has run two campaigns: My Mental Health Journey tasked young people to write and share work about their experiences with mental health; meanwhile, the Say Your Peace campaign, launched in April, was focused on voicing anxieties around the pandemic. Both, she says, highlighted “what it meant to be a part of that virtual community”.

“I would read their poems and I’d feel connected to their story. I’d feel an empathy for them,” she says. “I think poetry is that first act of discovery about what we need. Sometimes you just need to talk and let out your feelings. Sometimes you need to take it further.”

But the work submitted through these campaigns was not all doom and gloom. “For My Mental Health Journey a lot of the poems were victorious poems about coming out of darkness into the light. I got a sense of hope from reading them,” says Lola.

And poetry itself is hopeful, she insists. “There’s hope in being able to share what you’re going through and your view of the world. Poetry isn’t just about writing things the way they are – we can also imagine the way we want things to be. There’s something almost miraculous about that kind of act.”